American man’s dating adventures in Ukraine: how it was?

The author of the article: David Isenor

Every man I have ever met has at one time or another decided they wanted a change in their life. As we know it’s rough out there. American women still have the fantasy of Prince Charming and unreasonable expectations. Of course, as men we have some expectations of our own. Most of us prefer younger, beautiful women. It’s part of our biology as humans to spread our seed with women we see as worthy. Not everyone agrees with this, but evolutionarily speaking, it’s a sound hypothesis.

In 2012, after a tumultuous divorce I threw myself back into the dating pool. I looked at women my age and cringed; they were all bitter, angry, or obese. Like many of us, I went onto a dating site and had pretty bad luck. After a few months I met Anastasia (in Louisville Kentucky), she was tall, in her early 30’s and sexy as hell with her thick Slavic accent I fell for her hard. Whether we were between the sheets or when we went partying, it was a great time. We even moved in together for awhile. Then things started going bad (lying, and more lying) so I had to kick her to the curb. But that love for Slavic women stayed with me.

My first trip to Ukraine

It was just before Yanukovich ran away to Russia like a little coward. I chose an online dating service since it was my first trip. The owner (an American) answered my questions and made me feel at ease and the ladies working at his Kiev office were very friendly and told me what ladies were going to be receptive to me based on my age/location. I picked a few and the ladies said yes, and we met. Of the 4 I met over 2 days, two of them didn’t like me, I didn’t like one, and the fourth and I seemed to like each other. I came back to Ukraine a few times to see her, gave her gifts, went on dates every day, had an ok time. But something rubbed me the wrong way. She wasn’t affectionate and always seemed angry. My translator didn’t like her at all. So I dumped her, and she flipped out. Well, seems like I made the right call on that one. 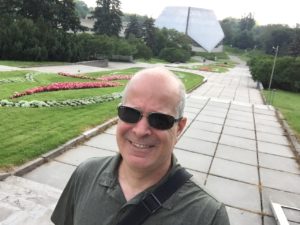 A  few lessons on that trip

The gold diggers in Ukraine are much better than in any other country. Also, remember that if you aren’t having sex by the third date, you are never going to have sex with that woman. Just like American women, they know who they like and don’t like within about 10 minutes. Don’t fall for the tricks, sick mother, daughter; I’m leaving my husband, I need money for a business, I can’t pay rent. It goes on and on. Now don’t get me wrong, this is only a small subset of women who are out to drain your bank account.

Ukrainian women I have met

I met a few women who after dating awhile, they just realized they can’t leave Ukraine. It’s been their home and they have roots. You can’t be angry with these women, they are being honest. Be more worried about the women who want a visa immediately. Again, you’ll know these women, they will want gifts, money, and lots of shopping but will not give you any love.

One of the best women I met in Ukraine was Tatiana. Beautiful, smart, successful, and we really liked each other. We dated for a year and really had a good time together, but things didn’t work out after a trip to Thailand. We are still friends and talk on occasion, she is a great woman, and I’d take her back in a minute. 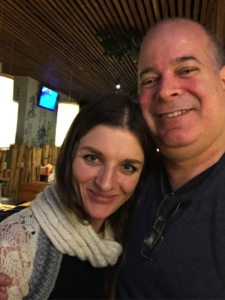 On my next trip, I hired a matchmaker. She hand picked a few ladies for me after we talked for a few hours. She charged me a reasonable fee for each introduction and also acted as a translator. I prefer to use my own translator (she’s a friend) but I deferred so we could just move on to meeting the ladies.

The first lady was a doctor, Eugenia was sweet, cool, from a good family, and really liked me. In fact she fell really hard for me but I wasn’t sure how I felt.

Then I met the second lady. Wow, I would have moved the world for Victoria. She was super hot, funny, spoke fluent English, and liked me a lot. On our third date we got drunk and she went bonkers. That was the last time we saw each other, I don’t do crazy. I continued to date the doctor a few more times but I wasn’t feeling the chemistry. 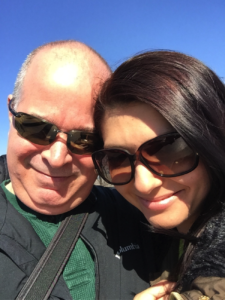 I wanted a real relationship based on love and respect, and I wasn’t finding it.

On your adventures looking for love, I recommend using a matchmaker instead of a “marriage agency.” I found the experience much more personal. All of the dating sites except one are all scams. I know some of the girls that work for them, don’t do it. It’s a waste of your money and there isn’t anyone real on those sites (except one that I won’t name). I’m moving to Ukraine next month for 6 months. I plan on starting a business or two and I’ll see what adventures I can get involved in. During my six month trip to Ukraine this year I’ll be writing a book on my exposure to Ukrainian culture and my dating adventures. The working title is “The Stone Wall,” and after a little bit of exposure into Ukrainian culture, you will understand what that means. I hope to publish it before the end of the year.

I wish you the best on your adventures, and know there are a few gems out there, but you have to find them.

Anna: Why did you decide to look for a girl in Ukraine?

David: I was asked a few times why I chose Ukraine over Russia (or Belarus, Moldova, etc). The main reason is that you don’t need a visa to visit. The second reason is that I don’t like Putin and his dictatorship. The third reason is that it’s less expensive than Russia.

Anna: Have you tried to use dating sites for your search?

David: I also tried the dating sites, but I found all of them scams (except one). They hire girls to create dozens of profiles and use scripted introductions to sucker you in.  All the photos are women who had a portfolio of photos and sold them to the dating site or the dating site ran an ad for girls to get professional photos taken. I’m friends with two women who work for these dating sites, they each have three laptops going.

Anna:  How did you find “your translator”?

David: I found my translator from the first marriage agency I tried on my first trip. She was a fantastic translator and ended up being a good friend. We spend time together every visit, mostly to drink and eat while she tries to hook me up with her mother)).

Anna: Is it problem for you if a girl doesn’t speak English?

David: Restricting yourself to ladies that only speak English is up to each person. Personally, I like it if they have some basic English skills, it will help them adjust once they get their visa and come to America. If they don’t speak English and you don’t speak Russian, you are putting them in a bad place when they come to America (assuming you are American). You are totally isolating them even if it’s unintentional. It’s a complete culture shock.

Anna:  Do you think you couldn’t find a lady for you because you were looking for only young lady?

David: I do think that part of the reason I wasn’t successful what that I had on blinders. At first I was looking at women in their 20’s. I gave up on that quickly and focused on women in their 30’s. When they are a little older, they are more mature in what they want; a good man and a child. After I learned more about Ukrainian women and what they want and need, I was getting more dates. If you’re 70 and looking at women in their 20’s and 30’s you are basically just throwing money into the fire. But if you’re 45 and looking at women in their 30’s, you’re going to do ok as long as you’re not 300+ pounds. The ladies you are going to meet are not prostitutes, they aren’t going to have sex with you because you took them shopping. If you throw money at them, you are nothing more than a Sugar Daddy without the sugar (to them) and some will take advantage of that. They want chemistry, they want to feel safe, and cared for. Treat them with respect like I did and they will be candid with you on whether you are a match for them.

I hope you enjoy reading about David’s experience. Perhaps his experience and advice will help you avoid many mistakes in the future and really succeed in finding the second half in Ukraine.

Latest from the blog