10 Most popular stereotypes about Ukraine and Ukrainians

10 Most popular stereotypes about Ukraine and Ukrainians 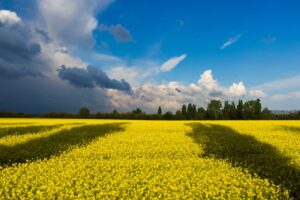 I think there are a number of stereotypes about every nationality in the world that develop over time and are passed down over the years from one generation to the next. Human nature is such that they believe almost everything that others say without verifying it with their own experience.

Today I want to talk about Ukraine and Ukrainian people.

I believe that the world began to actively talk about Ukraine and Ukrainians after the revolution of 2013-2014. The war in Donbas since 2014 and since February 24, 2022. I want to point out right away that the pre-war perception of my country and its people as a country of Chernobyl, the mafia, hunters for rich foreigners, corrupt people and many others has changed. It has changed to the fact that Ukraine is a large independent state with a strong, brave Ukrainian people.

The next stereotype that no longer exists: with the start of the war in 2022, it is difficult to find someone who will say (as many are accustomed to believe) that Ukraine is part of the Russian Federation.

Another of the old stereotypes: now many will confirm that not everyone in Ukraine speaks Russian and that the Ukrainian language is not the same as Russian. And more and more Ukrainian people are now trying to speak Ukrainian.

Today, our state is experiencing the peak of national identification, and compatriots proudly emphasize their belonging to the Ukrainian nation.

What stereotypes exist and are relevant today?

The first stereotype is Ukraine, the country of borscht, lard (Salo) and vareniki

The first association when people ask about Ukrainians is our soup – borscht and vareniki . Then lard – many foreigners think that we can’t even have breakfast without it.

Although borscht and salo are probably the most traditional Ukrainian dishes, Ukrainians eat more than that. They are both quite filling and fatty, so they are not the most useful for daily meals. Other typical dishes in Ukraine, which many foreigners know, are derins, cheeses, sometimes they say about shashlik (this is not a Ukrainian traditional dish). 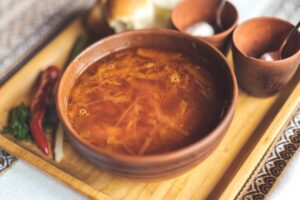 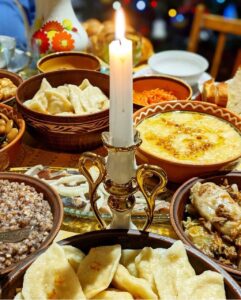 Ukrainian people drink only vodka and a lot of it

Please do not confuse Ukraine and Ukrainians with Russia and Russians. In Russian, people drink a lot of vodka, not only men.

Therefore, when foreigners tell me that they only drink vodka in Ukraine, I find it funny and a little unpleasant! Yes, Ukraine is known for its vodka producers abroad, and yes, Ukrainians drink vodka, but that doesn’t mean anything else. In fact, we have a large selection of beer products. Many Ukrainians prefer to drink champagne, wine or cognac.

Many foreigners laugh and show photos (videos) about how bad our roads are with big potholes. Yes, such a problem exists. But I want to note that since Volodymyr Zelenskyi became the president of Ukraine, a huge amount of repair work has been carried out, and they were carried out immediately before the start of the war.

It is always cold in Ukraine

You might find this funny to read. But I had many clients who did not want to fly to Ukraine to meet girls in autumn and winter because they were afraid of freezing.

Yes, it can be very cold in winter. But these are short periods of time, not constantly. Autumn and spring are quite warm periods. For example, Ukraine does not have as much rain and humidity in autumn as in other European countries. Summer can be hot and sunny. 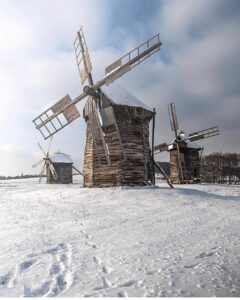 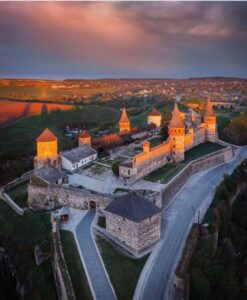 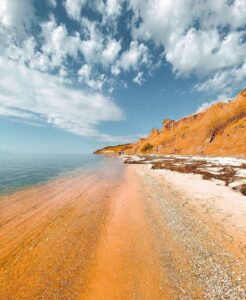 Ukrainian girls are the most beautiful in the world

Many of my foreign guests often told me how many beautiful girls there are on the street and that our men are the happiest.

Ukrainian women are naturally beautiful. Also, many girls take care of their appearance: they regularly visit beauty salons, do manicures and pedicures, go out with a minimum of makeup and in beautiful clothes. 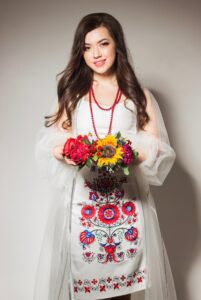 The Ukrainian way of life in the family is considered traditional

Yes, there is truth in this. In Ukraine, a man remains a man in the traditional sense, and a woman remains a woman. This means that the man is courageous, strong, provides for the family, does hard work around the house, takes care of the woman (gives her flowers, opens the door for her, pays for dinner in a restaurant, etc.). A woman takes care of order in the house, cooks, takes care of children, takes care of her husband and at the same time tries to look beautiful.

Yes, Ukrainians often believe in various superstitions and use them in everyday life. Our grandparents taught us from childhood: you can’t clean the house on the day of the trip, if a black cat runs across the road – it’s not good, if a bird poops on you – it’s a profit and much more. 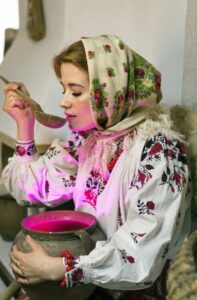 I don’t know why all foreigners like this word – “babushka”. They know this word on an equal footing with such simple words as – “Hello, how are you, thanks, goodbye”

For those who don’t know babushka means grandmother.

In Ukrainian culture and families, a grandmother is someone who is very kind and can always feed something tasty.

Ukrainian girls only date old foreigners and only for money

Like no one else, I can tell you this stereotype is outdated. Maybe 10-15 years ago it was that Ukrainian women  wanted to meet a foreign man just to leave the country. Now – it’s not like this. Most young Ukrainian girls want to get a higher education and find a good job. Many Ukrainians women have (before the war) a great life in Ukraine.

Ukrainians are very friendly and hospitable

I have not yet met a single foreign citizen who, having visited Ukraine, did not tell me what friendly people are in Ukraine.

We, Ukrainians, are always ready to help, give advice even when we are not asked for it, we have a good sense of humor. We will always find something to feed the guest. Let’s lay a big table with lots of food. If you were in a Ukrainian family on a celebration  like a birthday or New Year, you understand me.

Perhaps you know some superstitions from your Ukrainian friends, so please share with everyone. Write about them in comments to this Article.

I  hope you were interested in reading about the Ukrainian people, perhaps remembering your trips to Ukraine, your own experience in communicating with Ukrainians.

If you are interested in learning more about Ukrainian traditions, read this article.

No images found!
Try some other hashtag or username

Latest from the blog